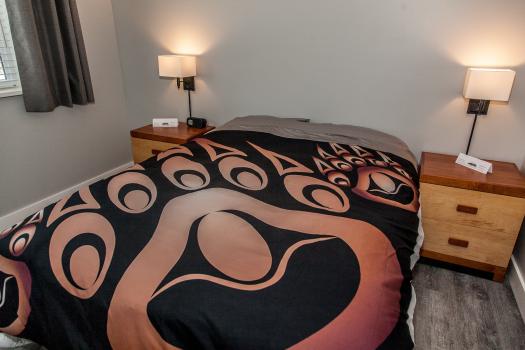 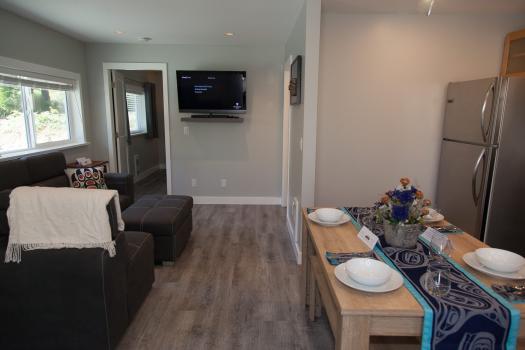 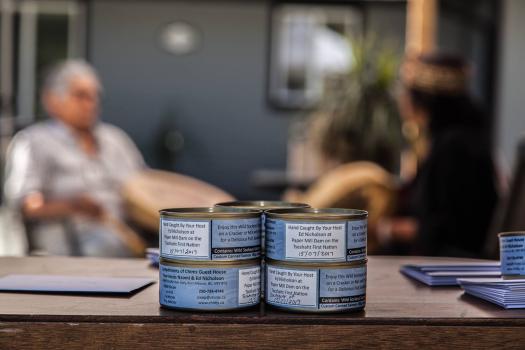 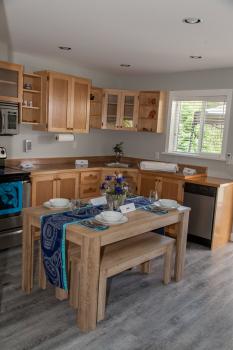 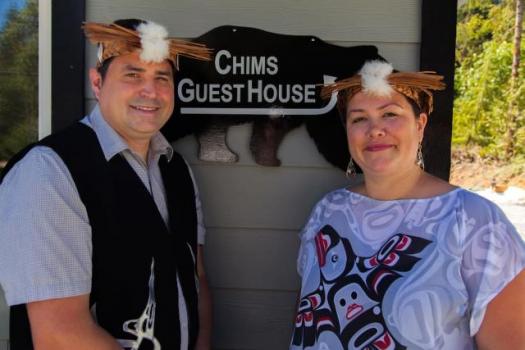 Ed and Naomi Nicholson have operated Chims Guest House since July 11, 2018 in the Nuu-chah-nulth Territory in Port Alberni. čims means bear in the

Nuu-chah-nulth Barkley dialect. To help guests pronounce and spell the word, the Nicholson's add the "h" in Chims.

Naomi studied the Polynesian Cultural Centre in Oahu Hawaii and is a Certified First Host Indigenous Customer Service Trainer. When teaching First Host, the program would take about Indigenizing your space by decor or name, teaching people parts of the language. Naomi would say to her participants "Why isn't someone creating our own Indigenous themed lodging and experiences, Mexico and Hawaii have found a commercial way to showcase and preserve the culture.

Fast forward many years later Naomi and Ed had a chance to build their dream home with commercial zoning usage. Now they have expanded from one Guest House ( a detached building like a cabin) to add another Guest House (Chims Studio Suite) and 3 Fully Serviced RV sites that await 2 custom Park Model Tiny Homes in late July.

Ed and Naomi have offer authentic cultural experiences hosted on the Tseshaht First Nation land such as the BC Association of Friendships Centre's Gathering Our Voice Conference in 2019 where workshops such as carving, traditional cook pit, traditional animal skinning techniques and more were offered.

In 2021, Chims Gust House RV Site Grand Opening had Ay lelum, The Good Family culturally perform songs and then amaze us with a Fashion Show of their  clothing line.

Building on the 2021 performance, Chims Guest House will offer another Cultural show on Aug 6, 2022. Ed and Naomi look forward to Hosting you!

Čims Guest House is open concept living with a full size kitchen and laundry, mobility friendly and has amazing views of Mount Arrowsmith from the backdoor.