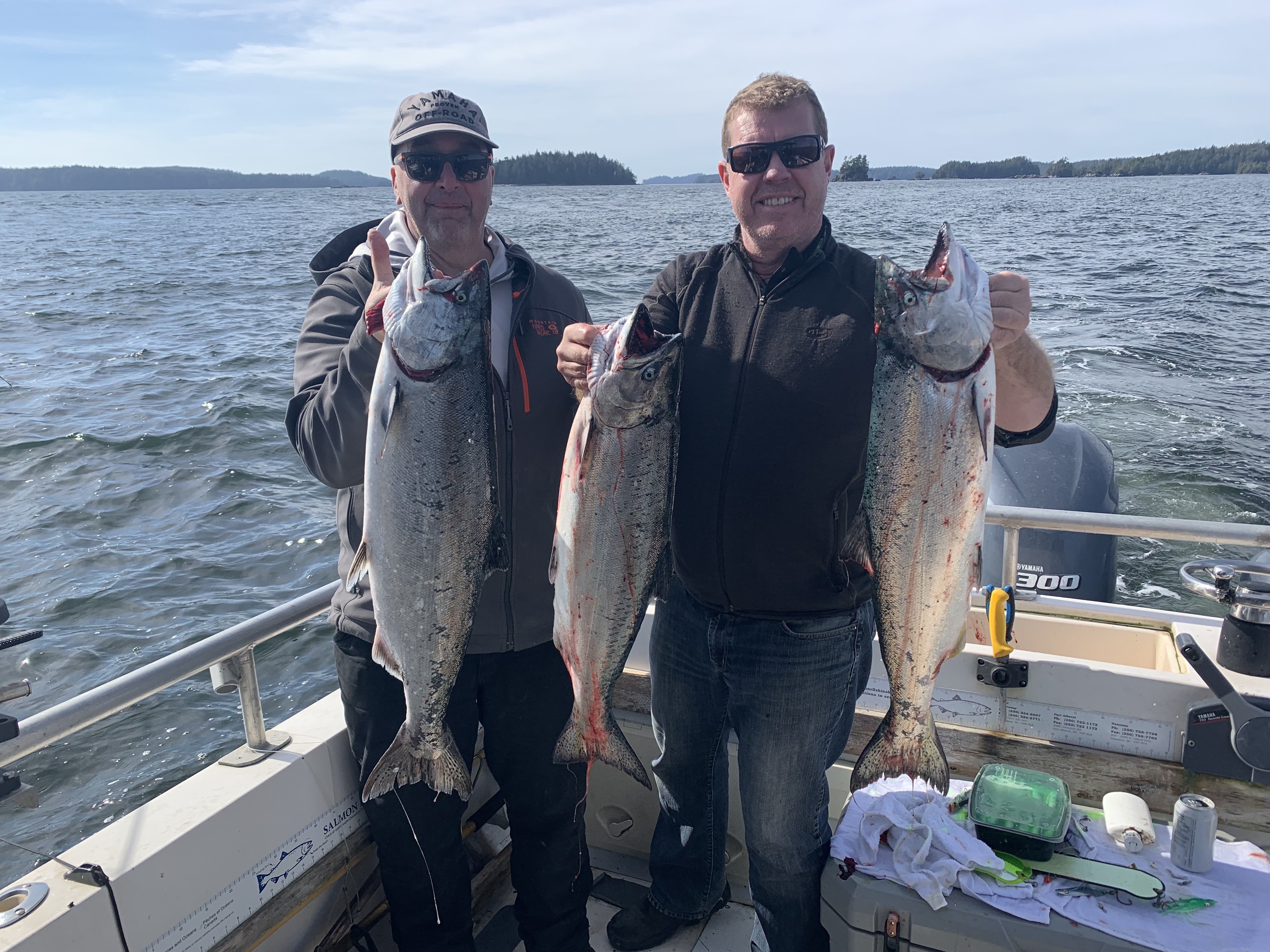 The summer of 2022 is fast approaching.  Fisher persons are preparing for another fantastic saltwater season with excitement and enthusiasm.  Anglers like see the late part of April and the month of May as a time that is full of “promise” for the summer season to come.   Late April and May is a time when there are many cool-sunny days in Barkley Sound, those areas along the surf line, and areas close to the Ucluelet Harbor mouth.  This is the time of year when there are many more boats out on the water than what people actually think.  Locals from Port Alberni, Bamfield, Ucluelet, and other fisher persons from various Vancouver Island communities motor by boat out to the Sound to take advantage of the excellent weather and the pristine, protected, and calm water of the Sound.  Fishing in Barkley Sound and along the coast is often very productive as there are often some bright and very chrome Feeder Chinook in the eight to fourteen-pound range.  These winter Chinook are very feisty and very hard fighting.  They are in deep water and the flesh is very deep red in color.  There are also many migratory Chinook in the mix as the early summer run of salmon headed to the big watersheds to the south begin to show in relatively good numbers.  Some of these salmon are ranging in weight from fifteen to twenty-five pounds.   The Alberni Inlet at this time of year is still very quiet but many local anglers are gearing up with their red and pink gear in anticipation of Sockeye fishing which historically gets underway by mid-June. Sockeye fishing is a wonderful family fishing event for all ages.

The winter and early spring feeder Chinook fishing has been productive for those fisher people who have ventured out on the water during the late winter and early spring.  The Bamfield Wall, Diplock, Harbor Entrance to Swale Rock, the Trevor Channel Whistle buoy area have all had some great Feeder and Migratory Chinook fishing days since early March.  The previous mentioned areas as well as Cree Island, Meares, Sail Rock, Kirby Point, and Edward King are excellent salmon fishing locations in the early to mid-spring time.   To date there have been some very good fishing days with good numbers of migratory Chinook weighing in the mid-teens to low twenties.  An early March Barkley Sound Derby had a winning Chinook weigh in at just over nineteen pounds.

Late April and May is the time or year that the “early summer run” of Chinook that are migrating to the big watersheds to the south swim down the coast line outside of Ucluelet and the surf line areas of Barkley Sound.   May historically has plenty of Winter springs in Barkley Sound and the Bamfield area which really helps to increase the sport salmon fishing opportunity.  Kirby Point up to Edward King and also the Whistle Buoy all the way down to the Bamfield Wall and areas around Swale Rock have these hard fighting Chinook sitting normally in one hundred to one hundred and fifty feet of water.  A variety of spoons tend to be very productive.   Spoons in chrome, various cookies and cream colors in the TKO or even cop car, Herring Aid, and krippled K in green and silver.  Hootchies in Octopus and cuttlefish as well as a variety of needle-fish hootchies are also fantastic lure choices.  In May if there is a lot of squid in any area white hootchies or even the stand-by green spatter back in octopus and cuttlefish are excellent choices.  If trolling hootchies in late April and the month of May depending on your location if around the Ucluelet Islands or Barkley Sound fishing from one hundred to one hundred and forty feet is not uncommon.  Leader lengths behind various flashers may be between thirty-eight and forty-four inches.  Bait is also an excellent choice but if there are a lot of small undersize Chinook in the area that anglers are fishing then spoons or hootchies are definitely the way to go.

The migratory Chinook salmon sit and migrate on the various offshore banks and come into many areas of Barkley Sound and feed heavily on the rich resources of bait fish before continuing their journey.  The bait fish are needlefish, herring and pilchards.  Matching up lures with the bait can lead to some fantastic sport fishing success.    The Chinook are not terribly fussy in May as they are feeding heavily especially on the tides.  The best fishing is often “where the bait fish are located”.  Find the bait and you will find some nice Chinook Salmon.   Late April and May is a fantastic salmon fishing time with often some beautiful weather conditions.

For those avid halibut fishermen May is the month that the halibut migrate from the deep into the shallows.  The various banks offshore have plenty of halibut by Mid May.  Often areas around Bamfield and Swale Rock can be very good.   This is the time of year that some of the larger halibut are landed.  Fishing halibut before and during the slack tide is a great time.  Trolling the bottom or using drift jigs on the bottom can be most effective.  Many individuals will use very large herring, salmon bellies, and octopus for bait.  Some will use a spreader bar with large spoons or a Mudraker.  All can be very effective methods of fishing Halibut.

As the weather warms in May the trout fishing does improve.   The two large nearby lakes which are Sproat Lake and Great Central Lake are usually quite productive in the early and mid- spring months.  There are often some very nice cutthroat and rainbow trout.  Fly fisher persons usually are casting or trolling a crystal hair black leach or a variety of artificial lures that resemble small fry as the trout are often feeding on small Sockeye fry.

It is time to get out on the water.   Good Luck and Tight Lines. 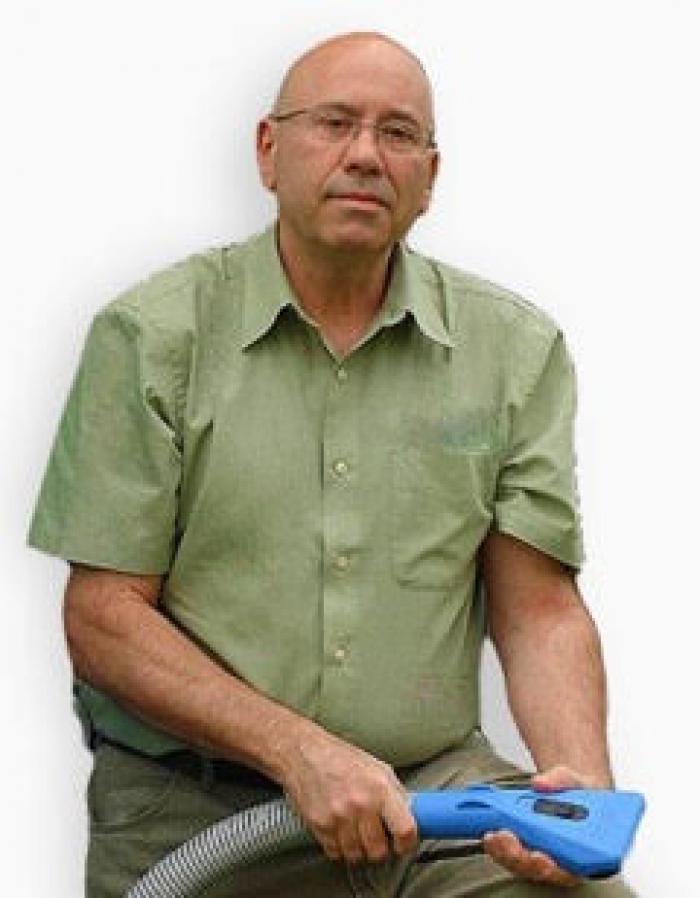 Hey there! Thank you for visiting True Carpet Cleaning. My name is Bob and I am the owner here. With over 15 years of experience as a sole owner-operator, I can safely say that I never get tired of seeing happy faces of those just seeing their carpets and upholstery after they have been cleaned. It makes it all worthwhile for me — and it’s why I love what I do.